Just to say that it's Candlemas today - a feast that is truly ancient. In case you missed it, here's my original post on the topic. It's a beautiful and very bright blue day here in the south west. Have a lovely day and light a candle when dusk falls. 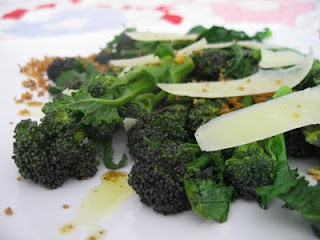 ‘Of all the months in the year
Curse a fair Februeer’

I discovered something when I was doing the research for these festivals that made the hairs on the back of my neck prickle. The origins of the Celtic–Pagan Festival of Imbolc are truly ancient. The word im’bolc, or oimelc in Irish, has something – no-one knows what, to do with milk. Catholic tradition holds St Brigid to be Jesus’s wet nurse and Candlemas celebrates the Feast of Purification of the Virgin Mary.

When I was thinking about this, and also about what Bernard Shaw said about the conversion of paganism to Christianity being really the conversion of Christianity to paganism, I realised that this is lambing time. Suddenly I was transported back to our ancient nomadic past. The dark days of winter are waning, spring is on the way, lambs are coming and there is fresh ewe’s milk to drink. How long, how very long have people been celebrating this turn of the year.

After I was born my mother was told by her mother that she couldn’t visit or go out until she had been ‘churched’. Churching is a simple private ceremony of giving thanks for a safe delivery, but its roots must be old and dark. Women had to be purified after childbirth – all that messiness blessed away. Country folk lore also often had it that until women were churched they could be beguiled by the fairies; maybe that’s what my Grandmother thought.

Candlemas is a time to bring back the light; candles were blessed in the church and even after this feast fell into official disuse, it was ‘privatised’ and practised in many households by placing a lighted candle in a window. I’ve always been fond of it, as I am of February. It’s not everyone’s favourite month, but I have a soft spot for February. It seems a time of hope to me and I like the sentimental fantasy about sleeping animals taking a peek outside to see what the weather is doing. Candlemas is also the day to plant your broad beans – the year is on the upward curve.

No ritual foods then for this time of year although offerings to St Brigid were laid in a woven basket and left overnight in case the saint chose to visit. Birch twigs were laid by the side of it and St Brigid was bade welcome before the household retired to bed.

According to Bede the Anglo Saxons called February ‘kale monath’ – cabbage month. So let’s combine it all in one simple dish of purple sprouting broccoli with ewe’s milk cheese, a simple supper for a solitary blogger. I’ve managed to get hold of some ‘Little Urn’ cheese (love that name) from Worcestershire; it’s nutty and delicious.

Broccolli with Little Urn and Crumbs

Bring a saucepan of salted water to the boil and drop in the trimmed broccoli. Boil for about 5 minutes until slightly softened but still brightly coloured. Plunge into cold water to hold the greenness.

Whilst the broccoli is cooking take a slice of good bread, a couple of strips of lemon rind and a half teaspoon of dried thyme. Blitz them into fine crumbs then fry the crumbs in a mixture of butter and olive oil until crisp and set them aside on kitchen paper.
Drain and pat dry the broccoli. Add a tablespoonful of olive oil to a hot frying pan, then fry a finely chopped clove of garlic for a moment or two, but don't let it brown. Add the broccoli and toss gently in until re-warmed and coated in oil. Lay on a pretty plate.

Sprinkle over the crumbs and season with black pepper and sea salt. Grate over the ewes milk cheese – I prefer thin slices done with my potato peeler.

Eat this and think of those herders with their flocks thousands of years ago, watching the sun go down that little bit later over their new born lambs.
Posted by Unknown

that is so lovely.
I will go and find my candle, light it and think of lambs and milk. kx

My candle is alight already.

I like the sound of supper too, sheep's cheese is the only sort that I like and I love PSB. 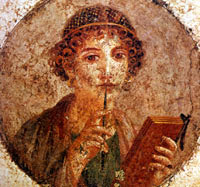 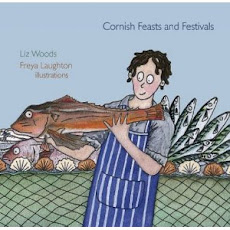